DC10 is one of the world’s most famous venues, home to the world’s most notorious Monday party in Circo Loco. The venue started life as a storage unit for the airport and over the years has become one of the most influential underground venues on the planet. Throughout the Ibiza summer season, DC10 plays host to many of the finest DJs and electronic music producers around and with them comes an army of loyal followers who ensure roadblock parties on a weekly basis. When the season ends, Circo Loco goes on tour, taking the legendary crazy clown to the four corners of the globe, delivering a slice of the unique Ibiza vibe as it does so.

The venue operated for years with just the one night but more recently Circo Loco has been joined by other parties, Tania Vulcano took on the Friday night, while Jamie Jones and the Hot Creations label launched Paradise every Thursday during Ibiza 2012, to huge acclaim. There were several Wednesday night parties too, most notably the Visionquest takeover. Jamie Jones and Paradise has since moved to Wednesday night, where it has built up a strong following in a relatively short space of time. August saw Italian giants Movement host a series of special Saturday night gatherings, featuring some of the biggest names on the underground scene.

DC10 is not the huge glamorous super club that Ibiza has become famous for and something tells me it wouldn’t thank you to be either. There was definitely an ‘us versus them’ mentality from the beginning and that has given the venue on the outskirts of Playa d’en Bossa a real edge, and something that the loyal crowd which follows it revels in. I guess there was always a feeling of doing something bad when you were partying on a Monday, the day of the week put aside for bemoaning your work situation. Mondays became the new Saturday and the club grew in stature from there. Nowadays, it is one of the most popular nights out on the island, where thousands get their electronic dance music fix every week and where the cream of the world’s underground talent deliver chunky sets through amazing sound systems and where the party is the most important thing. This summer sees Disclosure take on a series of parties under the Wildlife banner, making for an even more exciting proposition 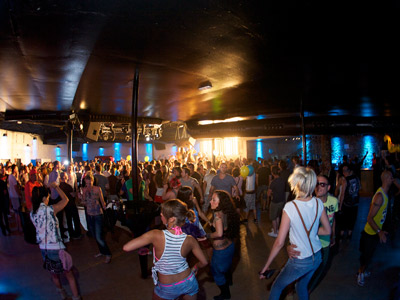 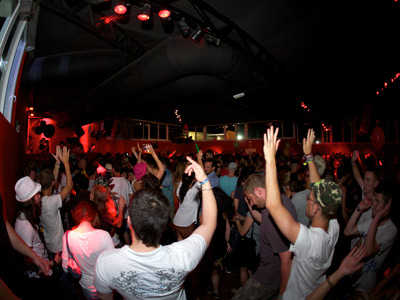